So last week’s blog post, in which I revealed the most popular Love Island emojis, the snakiest contestants and the snakiest episodes so far, as well as who’s getting the most loveheart emojis, face palm emojis and heartbreak emojis (check it out if you missed it!), went down very well! So much so that I’ve actually delivered on my promise of more Love Island social analysis. Here you have the social media (Twitter and Instagram) highlights from the last 7 days of Love Island (specifically 14th to 20th June):

The chatter is slowing

By the end of last Wednesday there had been 415,000 Instagram posts and Tweets about the series. As of 12pm this Wednesday, that figure totalled 578,000; meaning the last 6.5 days have seen 163,000 mentions of the show online. Granted, last week’s analysis looked at a 8.5 day period, but still – our chatter is slowing!

There was clear excitement around the show’s launch and that first show still drove so many more mentions than any other (93,177 mentions versus the next most-talked-about show – the second episode – which drove 55,792 mentions). Could it be that the events of the last 7 days haven’t been as divisive or dramatic or interesting to the public, compared to those of the show’s early days? Some people think so:

#LoveIsland has been absolutely dead crack for nearly a week and then woah all of a sudden it wakes up again, love it 😂😂

Or are we just more likely to talk about the show online in the early days, as we’re forming opinions about the contestants and caught up in the buzz of it being back on our screens? The answer should be revealed as the show goes on (and if you’re a Love Island producer reading this – *please* bring on the drama so I can benchmark the mentions!).

This week’s most talked-about Islander is…

Alex! It seems we’re still obsessed with the slightly-awkward doctor finding love. Alex took 16% of social mentions from 14th June to 20th June, closely followed by Adam, who’s scandalous behaviour (more on that shortly) has seen him feature in 14% of social mentions. Third place goes to Eyal who, despite being less controversial this week, has featured in 11% of social mentions. So still, the boys are the big talking points this series – though it’s worth giving Rosie an honourable mention with 9% of social mentions referencing her (though a lot of those are linked to her heartbreak at Adam’s hands).

The laughing/crying face Emoji remains the most used around Love Island, with more than 12,000 uses this week. In terms of the episodes that are making us use the emoji, the top one was last night’s (Tuesday 19th) which saw it used 2,696 times:

"Go and enjoy the next bombshell that comes in cos this ones done" !!! .. not even ashamed to say that i stood up n clapped 😂 .. well done Rosie!!! #LoveIsland

Jack pretending to be a waiter 😂 #loveisland (the kids make me watch it!)

Or are we?! Last week’s analysis focused heavily on the Island snakes, with Adam and Eyal driving a huge amount of snake emoji use for their questionable behaviour in pursuit of a partner (FYI – Adam ditched Kendall for Rosie and continued to be a general sleazebag, while Eyal went after Megan and made it impossible for Alex to get to know her, going as far as kissing her right in front of the heartbroken Doc!). From Wednesday 13th to Monday 18th, snake mentions and emoji use was considerably down versus the previous week and, it seemed, the Islanders were living a bit more harmoniously, but last night changed all that. Adam has jumped back on the snake-train (ditching Rosie for Zara this time!) driving a new spike in snake mentions:

When a new girl comes in the villa, Adam be like 🐍 #loveisland pic.twitter.com/LJlvuJRA9o

Should Rosie have seen the heartbreak coming?

Whatever you feel about the show, you must agree that it’s hard watching a young girl break down on national television because a guy she trusted mistreated her (and I was really pleased to read about the psychological support Islanders are given this morning). However, it was interesting to see that Adam and Rosie are the Islanders who’ve received the most facepalm emojis this week (304 facepalm posts featured Adam, while 235 featured Rosie), with a whole bunch of viewers suggesting she should have seen his betrayal coming:

Part of me can’t help but not feel sorry for Rosie… What did she expect? The show is a game and they have known each other 10 days. No one owes each other anything 🤷🏼‍♀️ Way too deep after 10 days 🤦🏼‍♀️ #loveisland

Does Rosie have amnesia? Pretty sure she did the same thing to Kendall!! 🤦🏽‍♀️ #karma #Rosie #Adam #loveIsland

Rosie needs to remember she’s no different to Zara…she did the same to Kendall! Not nice is it love! 🤷🏼‍♀️🤦🏼‍♀️ #LoveIsIand @LoveIsland

Reassuringly, there was also a more empathetic bunch voicing their opinion online; Rosie overtook Alex this week, becoming the Islander to generate the most mentions of heartbreak, or use of the broken heart emoji in posts like this:

The way how Adam has made Rosie feel is how my ex made me feel, my heart breaks for you Rosie, but you are never the problem he is #loveisland

Think Rosie’s rant at Adam spoke for MANY girls who’ve had their heartbroken before. we love u Rosie #loveisland

Is the tide turning on Dr Alex?

Much of the show’s narrative so far has seen Dr Alex (who blatantly has a little less confidence than the other guys in the villa) struggle to connect with a girl beyond friendship. Such is his regard amongst viewers that he and his partner Samira were saved against Hayley and Charlie in an elimination. However, social data suggests there’s a growing pocket of viewers who aren’t so pro-Alex.

22% of posts mentions containing the words and ‘cringe’ and ‘cringing’ from 14th June to 20th June referred to Alex:

Catching up on Love Island & I know the main point should be how vile Adam is but it's Alex who makes me feel physically uncomfortable. He's so cringe it's stomach turning. pic.twitter.com/0bNLSK4RHZ

According to social media, Rosie is the second most cringeworthy Islander with 21% of mentions this week due to, a bit harshly (in my opinion!), her sass:

And fear not, Eyal remains the third most cringe Islander this week (and the top cringe Islander since the series started, with a whopping 33% of all cringe mentions), largely due to his ‘vibe’:

Just started watching Love Island for the first time ever and every time I hear Eyal’s voice it literally makes me CRINGE why does he sound like a child????

Have The Winners Already Been Decided?

I couldn’t end on a negative and, sure enough, a bit of analysis on Jack and Dani means I can end this post with some warm, fuzziness. Social media is still obsessed with the happy couple; they generated 4,114 co-mentions (i.e. posts which mention both Jack and Dani) this week, topped only by the unhappy and drama-fuelled Rosie and Adam.

And the emojis that the public are using around the couple speak for themselves:

Could the winners of Love Island 2018 have been decided already? Some people seem to think so:

Dani saying she wishes all boys were like Jack is what I’m here for, where ya spending that prize money guys?🤷🏼‍♀️ #LoveIsland

Tune in next week for more analysis – and if there’s something you’re particularly keen for me to cover next week, Tweet me @coleybird.

While you’re here, you should know I’ve written a book! You may well know about the tool AnswerThePublic.com – if not, do check it out; it’s a fantastic keyword insight tool which content planners across the world use, and it’s free and built by some incredibly clever colleagues of mine. My book, Audience Insight in the Age of Google, will help you make full use of AnswerThePublic and, if you’re using it already, give you some new ideas to explore within it. Essentially, it’s full of tips and tricks that will help you get to rich audience insight. You can buy it here. 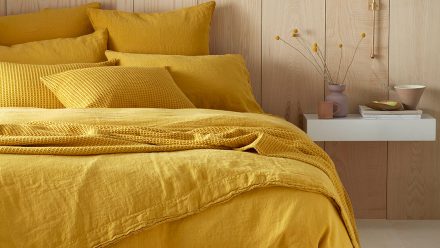 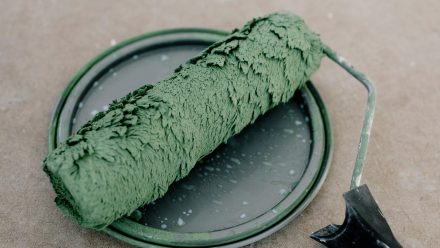 What Google can tell us about the nation’s home decor