In what remains of the world there is no war, no crime, no disease, no poverty, no religion.

There is also no choice and there is no freedom.

We are controlled by one, all-powerful corporation and its giant artificial Intelligence brain that tracks, monitors and judges us 24-7.

We are rewarded for our compliance with social scores and lifestyle upgrades. We have forgotten what it is to be human, to experience free will. The only remaining chance of salvation from this brainwashed slumber is a motley crew of highly skilled misfits and musicians, unsuspectingly brought together by a genius mind and the most audacious plan ever conceived.

Civilisation is crying out in silence for a new kind of hero.

This is the teaser blurb (like the bit you get on the back of a book) to W A R S, a 10-part digital series I’m creating with film maker Jamie Patterson from Jump Start Productions and some brave, creative and slightly bonkers colleagues. The series will be filmed and edited over the summer and the plan is to seed it and launch the pilot episode on World Peace Day, 21st September 2016.

Making this happen is a momentous team effort; a long suffering but understanding wife, an amazing employer that is not only supporting the project but producing it, and some incredibly talented colleagues and friends.

Lots of early starts, late nights, weekends and Propel Days (Propellernet give one day per month to all employees to do something inspiring), will hopefully result in something we can all be proud of.

But really it’s the journey that we’re on which provides the biggest rewards. This is a brand new experience and one that’s pushing everyone involved to create and innovate in ways we haven’t done previously. The process is a hell of a lot of fun, or so I keep reminding myself!

Last Friday, I spent my February Propel Day in the comfy surroundings of Brighton’s Hotel du Vin, reading through the latest script drafts for the show with Jamie and Sam, Propellernet Insight Director and show co-writer. (It should be noted that we blagged a very cool meeting room for free with all the confidence of Hollywood producers).  And what an exciting, fun and totally immersive way it was to spend a day out of the office.

Eight hours felt like an hour.  We read through about 100 minutes of dialogue. We discussed and debated the scripts. We went round in circles with the plot and landed back to reality with more ideas buzzing around our heads. We still have a long way to go but it’s getting there.

The backstory behind this project is about 10 years in the making.  It previously existed only in my head and in journals. Propellernet gave me the confidence and the opportunity to bring it into the real world. Seeing it translated into words to be performed and filmed by actors and made into a digital series is beyond exciting. It’s utterly terrifying too. I have the strange sensation of being relentlessly thrown between feeling totally in the zone creatively and then so far outside of my comfort zone that I feel physically sick. But I’m absolutely loving it. Propel Days were made for this. 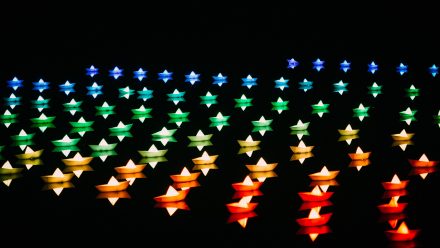